Roll over image to zoom in

Thanks to a wide array of intricate deisgns and colors, collectors may be blinded by the light with 2019 Panini Unparalleled Football.

Year four of the vivid NFL set, the 2019 release stays with the same box format as 2018, featuring two autographs and one relic per Hobby box.

The 2019 Panini Unparalleled Football checklist offers 200 veterans with more than 60 being first-time NFL card subjects. Panini considers these to be official rookie cards. There are also 100 first-year rookie players, bringing the overall base set to 300 cards.

In addition, unique parallels give collectors plenty to chase among the holographic cards. 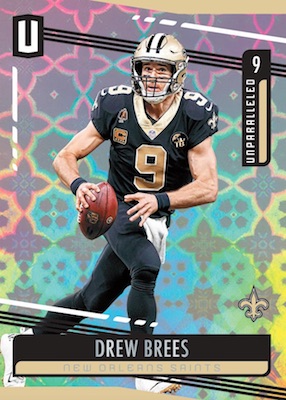 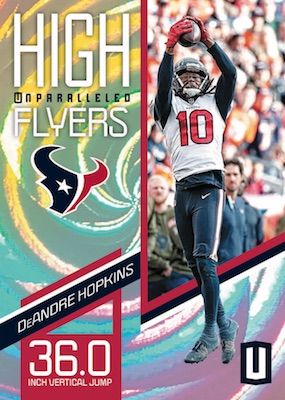 Other inserts include On the Rise, Rookie Focus, Rookie Revue, Spirit of the Game and The Thrill of Victory. 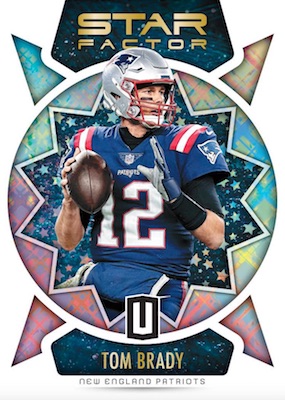 Per Panini, there should be at least seven serial-numbered parallel editions per box.

2019 Panini Unparalleled Football rumbles on with three hits per Hobby box. Two of these are expected to be autographs.

First-year options are included in the Rookie Jersey Autographs line. These are naturally for the 2019 NFL Draft rookies despite what the early images show. 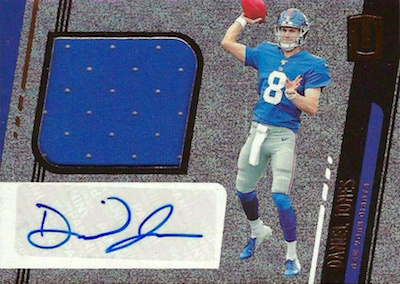 Covering many decades of football, Pioneer Penmanship highlights retired stars from the 1950s to 1990s. These are all limited to 99 copies or less. 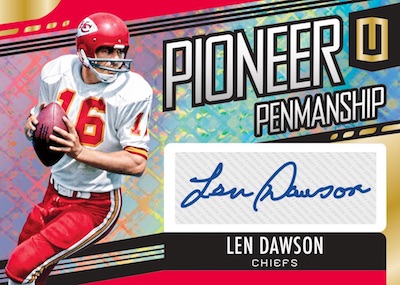 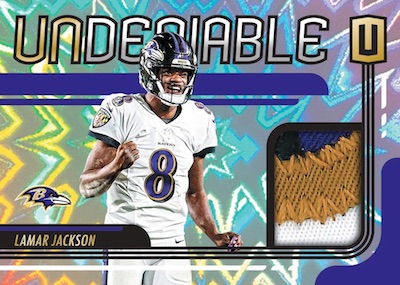